Running with the Olympians

We’ve been doing a spot of land tourism, and visited Ancient Olympia. We moored Nemrod in Catacalon harbour and took the two carriage train to the ancient city (10 euros for a round trip ticket). It is most definitely off season – we were the only two tourists on the train, and walking around the archaeological site, we were joined by a couple of school groups and a handful of others. It was great to see the site away from the crowds and imagine the feet that have trodden the same path. 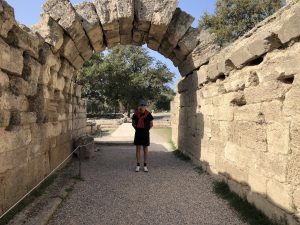 I learnt a few things:

The running track is equivalent to just under 200m. Scott and I couldn’t resist a competition and ran the length of the track, watched by a group of bemused Italian school children. As with any embarrassing activity, no photographic record is available, so here is a selfie just to prove we were there! 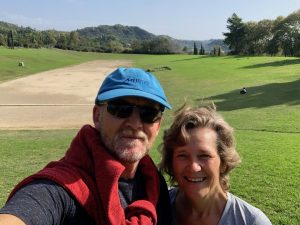